The discipline of backcountry in the valleys of the lake and of the Holy Baccio and ' was introduced , except that it does not result in any other way , by myself Tex (nee Massimo Bernardi) .
Having already ' risen several times these snowy slopes with crampons and viewed some lines of descent quite responsive to the use of the " table" , I decided to try the famous tool (not well-liked by everyone, but there is talk of the distant 1998) on the easy slopes of Rondinaio . Enthused by the rise ( with snowshoes, they also little known at the time in our Apennines ) and especially the descent , having a good command of the tool under my feet , I decided to make a " jump" quality ' and see how he behaved the slope of the direct Jaufen . Here, too, was not just a satisfaction ..... Council to all of the " riders" who want to try in this thing, to ALWAYS be equipped with self-rescue kit (the famous triptych by shovel, avalanche beacon and probe) , crampons , poles and COMMON SENSE , because ' here we are not on track but off-piste in the pure state, with all the dangers of the case ! 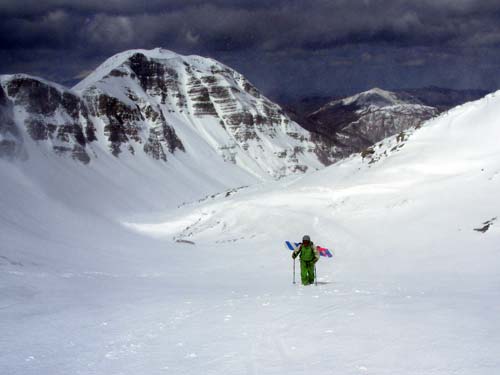 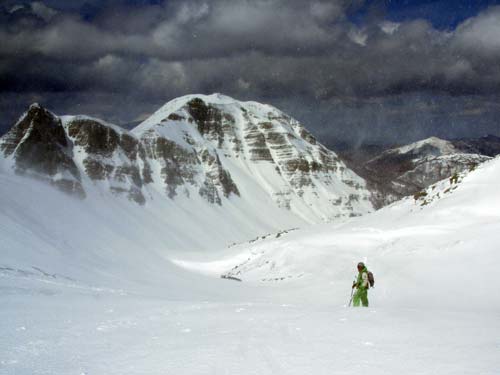 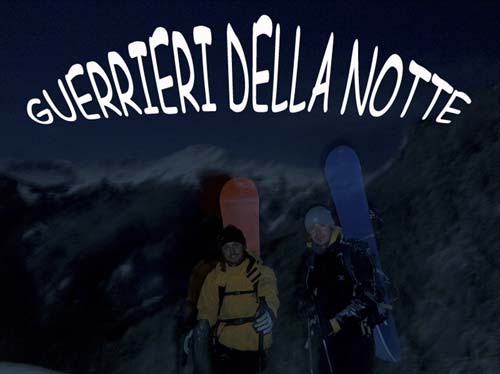 ... just to understand dear rider, enjoy this video made by my friend Gabriele, in the company of other thugs intent to go down the valley just above the "Borra dei Porci" of Mount Giovo!