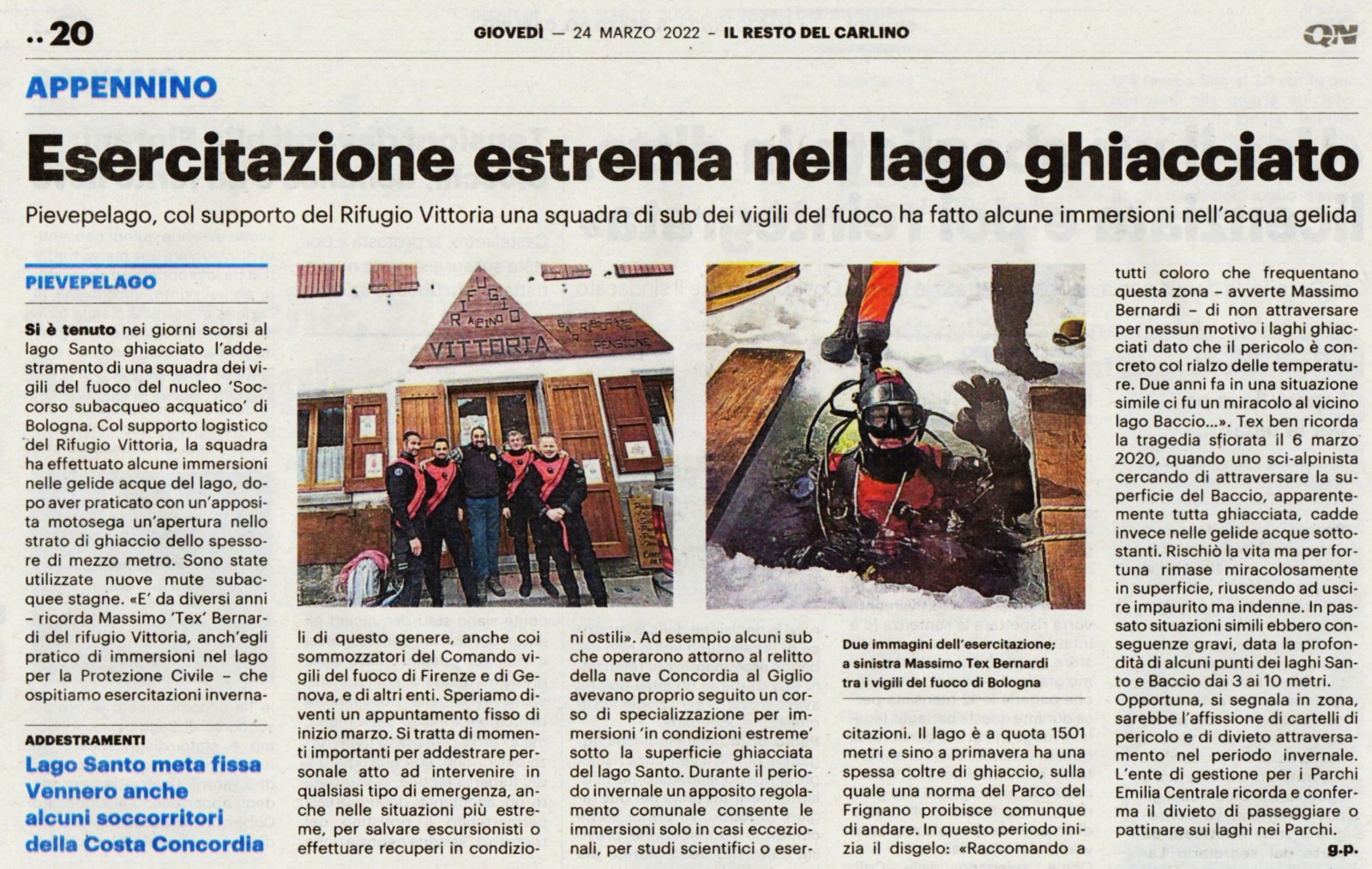 Immersions in the Lake 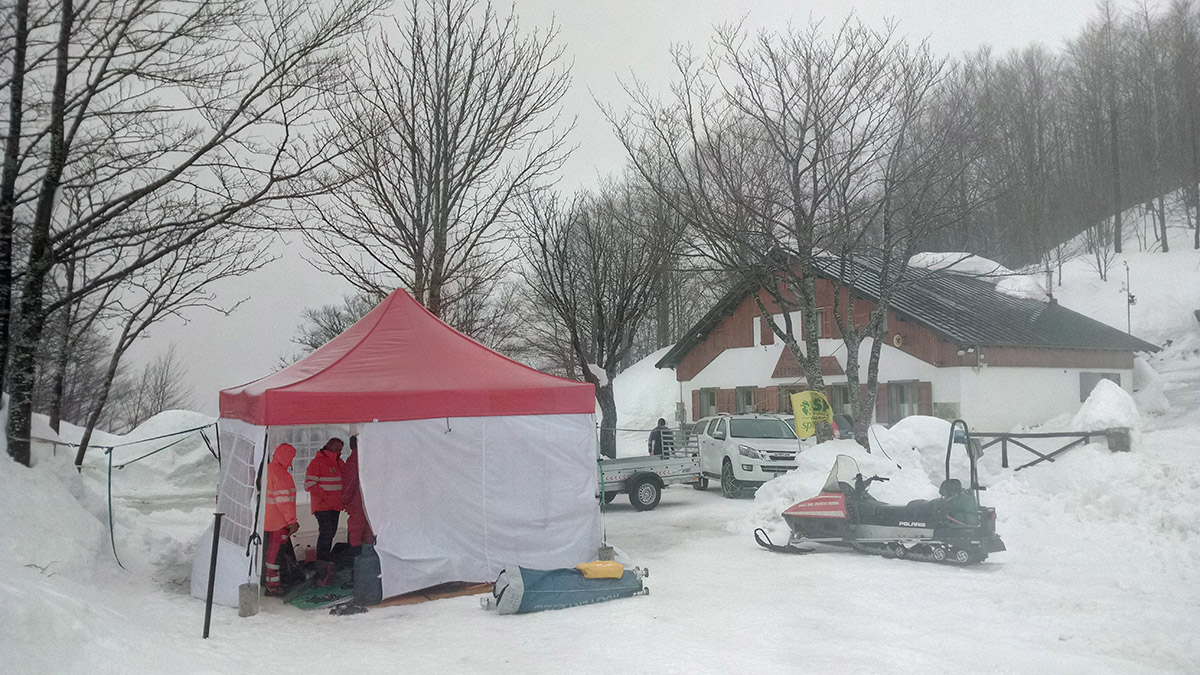 DATES IN 12 AND 13 March 2016 my underwater friends of UISP (led by Enrico and Nino) conducted so egregious a training under the ice ... I leave you to read the article you wrote Henry and to the vision of pictures taken , good fun, TEX

The UISP sub, led by Nino Velardo, have ventured into a daring dive under the ice.
Although they did not know the place were equipped to perfection and have made a great diving in a short time and in the best way!

Some shots of days in the company of the ACQUARIA group of Bologna, headed by that  played by my friend Giovanni NINO Palmisano.... we hope you will give us the go-ahead to be able to enjoy the lake also from "inside"! 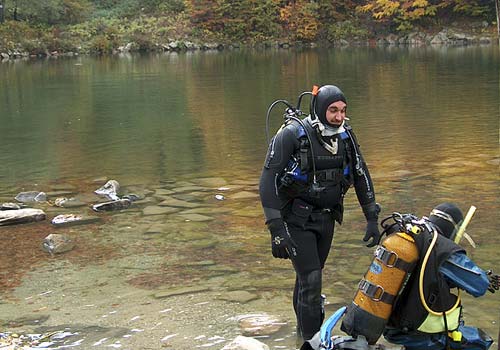 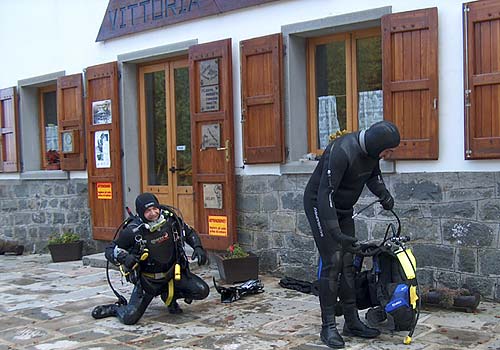 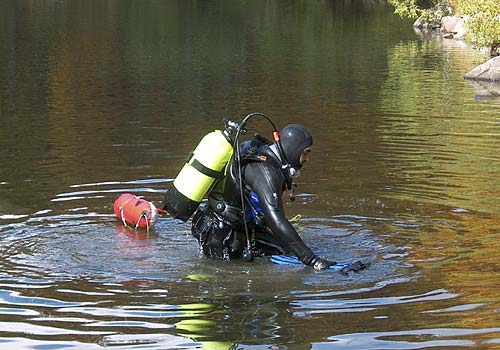 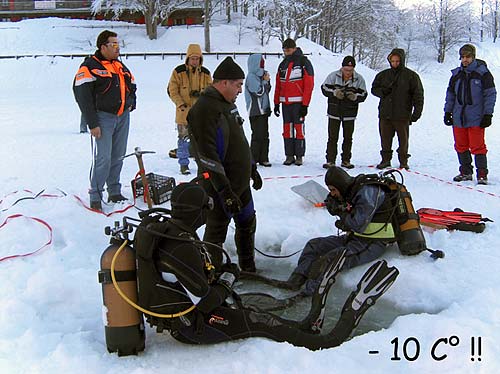 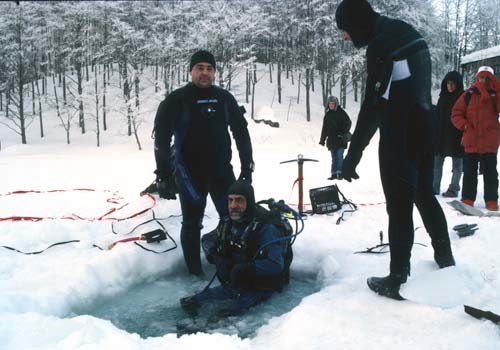 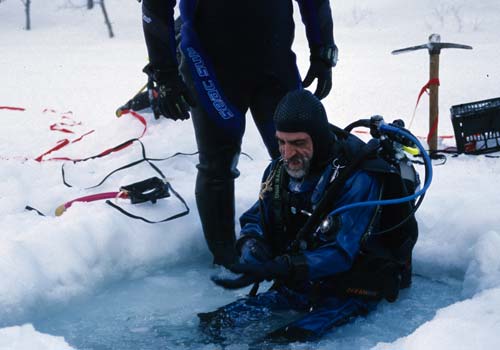 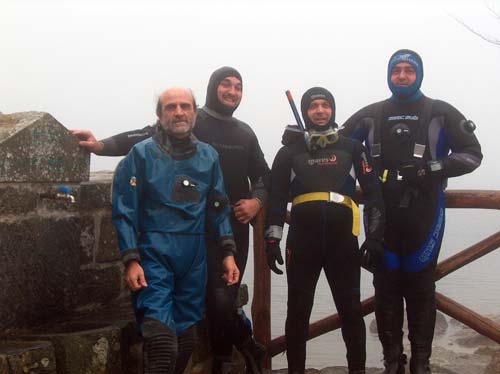 Over the weekend 10/11 March 2012 'held at the Holy Lake tutorial Civil Protection Volunteers Of The Persiceto (Bologna) with diving under the ice. The thickness measured (including ice and snow) about a meter!! 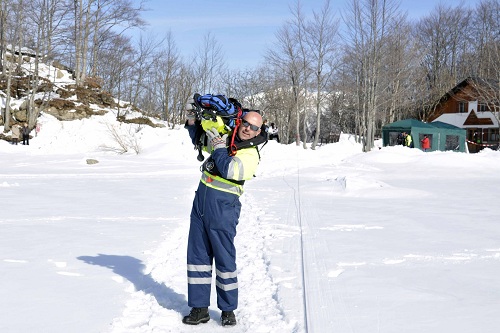 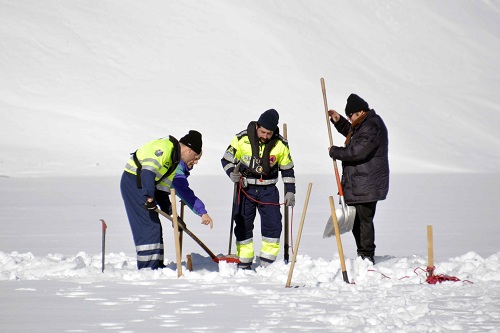 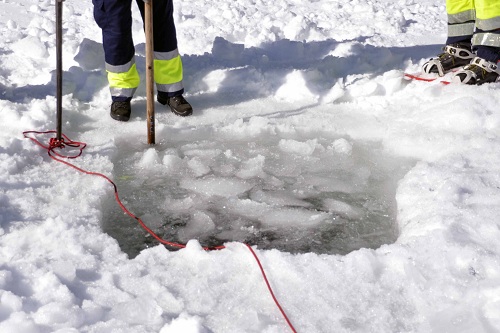 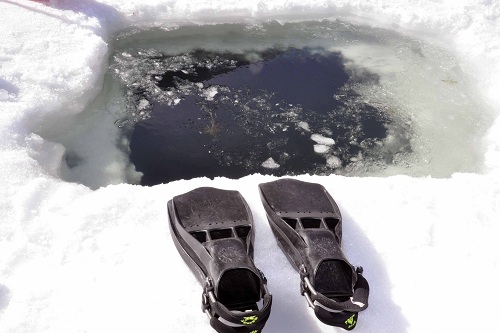 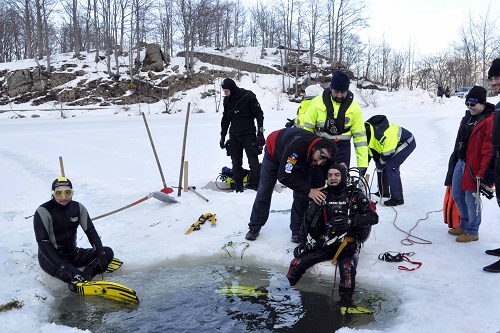 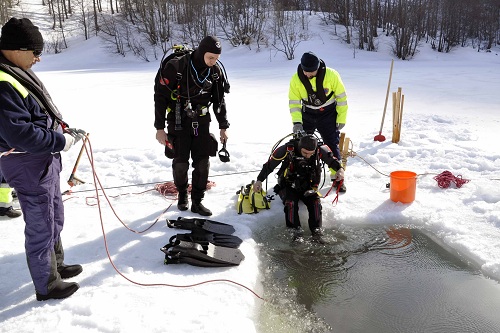 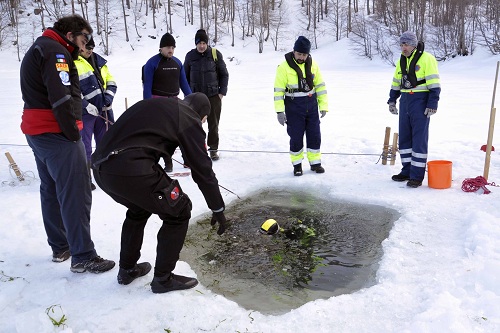 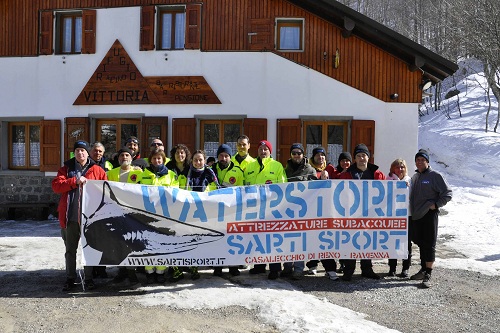 And here's the video they have also made the "Protezione Civile di San Giovanni in Persiceto" this year, the first weekend in March (the one with the beautiful weather!) .....

Unfortunately we were on the border closed (for the arrival of Leonardo), but our friends did "base camp" with their tent davati to our shelter.

While waiting to be replicated next year, we wish you good vision.

WATCH THAT SHOW! HERE'S HOW I WOULD LIKE TO LIVE OUR LAKE IS OUT THAT "IN"
THANKS FOR THE BOYS OF UISP FOR THE BEAUTIFUL WORK
GOOD VISION, TEX

The 31st stage under the ice at Modena Lake on 11 and 12 March 2017.
Beautiful event, organized by my great friend Enrico with the collaboration of Nino and all other UISP sub ...
WE SEE THE NEXT YEAR !!!!