The Valley of Lake Baccio

This magnificent valley of glacial origin , is part of the massive mountain Giovo / Rondinaio , and in fact originates from the right side of these two superb peaks , bounded to the west by the ridge and crossed dell'Altaretto . Ground already well known and respected always by both ski mountaineers by fans of winter mountaineering , this massive , especially this valley , had not yet attracted the interest of climbers . It was the summer of 2005 the idea for Tex ( Massimo Bernardi) Manager refuge victory , with the help of a mountain guide Luca Montanari, taken form the first idea of ??climbing in the valley. So after a week of work and thanks to the administration of the park Frignano , sensitive to the vertical because of new development in terms of the area, taken form the Crag of the Celts. This natural rock climbing wall , whose name recalls the ancient people who lived in the Tuscan - Emilian Apennines in the early middle ages , showed that even climbing in the valley was possible. Since this is the first cliff modest and mostly designed for beginner climbers , the following year 2006, which was always the usual Tex , he felt the need to offer in " its land" a pitch to those who already possessed of a certain experience vertical . This time calling myself Stefano Nesti , I also dedicated to the illustrious profession of mountain guide , we identified the winter just past, a pillar of great importance , red light radiated by the sun reflected from the surrounding snow . To thaw in early June we were ready siege within the week I decided to make the new gym that will see his name in the Shield of the Celts. We finished the work just in time to see you get hot first climbers eager to spend a pleasant day vertical in a very special place . Already in my many trips to backcountry skiing in the valley, I saw interesting sandstone blocks rise from the snow , but it was during that week that I could ( during work breaks ) to touch the rocks and costatarne having an interest in any day of bouldering . He spent another year as soon as the pressure of the maximum to offer yet another good news came to present themselves in the summer of 2007. Soon we were back to the piece , this time armed only with brush and chalk . After several days of marches up and down the valley in search of stones, brush and caress , we created a nice location " processional " that will lead the willing boulderer , by parking the car , at the top of the valley, stationed from time to time to pay tribute to the rock guy.

Thanks also to Marcello Saletti shop owner Altaquota which has provided the providential bouldering mats, now available for hire directly at the Refuge Victoria.

"Shield of the Celts"

The wall is now visible from the lake Baccio, reached along a part of the path 523, and then rise to stone sentinel in the mid-valley on the right going up.

Gym of the Celts

The routes around ten meters high, they are all well equipped with eyebolts resin and are held all except "Elena" on the ground leaning against plaque. Like all climbing in the valley on a compact scale rock sandstone boulder, which often forces with a skilful use of the feet and walking balance and precision more than strength and athleticism.

Boulder in the Valley of Lago Baccio 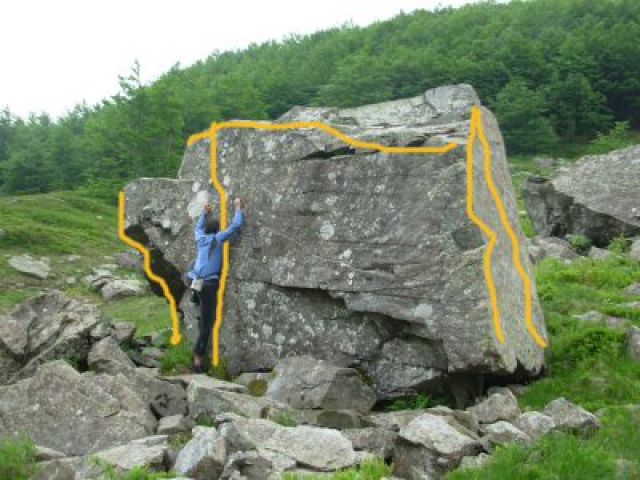 I can only say that there are steps for all tastes and levels in every area, from very easy to very difficult, with many more opportunities to clean up and release. 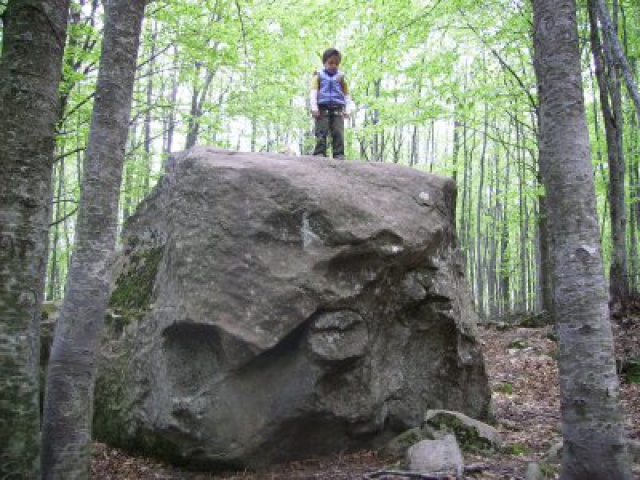 This sector is constituted by a single boulder, but for beauty of form and quality of the rock is perhaps one of the best. 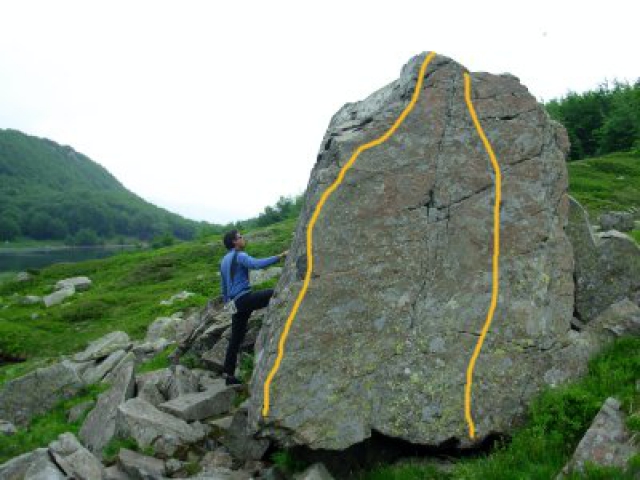 This sector consists of two blocks is the first we visited several years ago, and that gave us the input to try and ripulirne other. 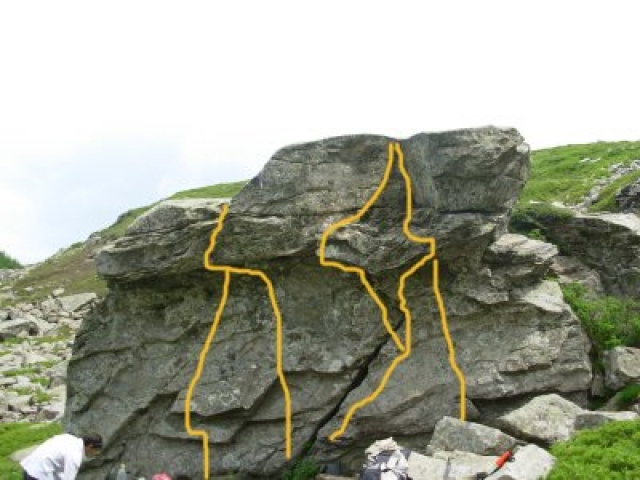 He is the undisputed king of the blocks of the valley, with its large mushroom-shaped stone and its 6 feet and over in height, dominates the valley as a proud sentinel, still and safe waiting for someone who dares to challenge. 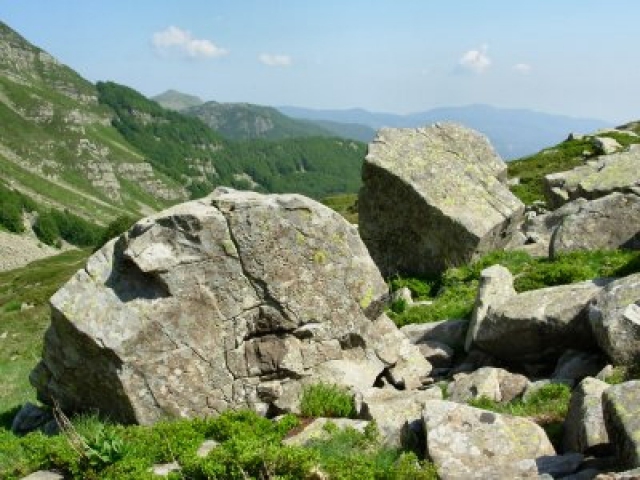